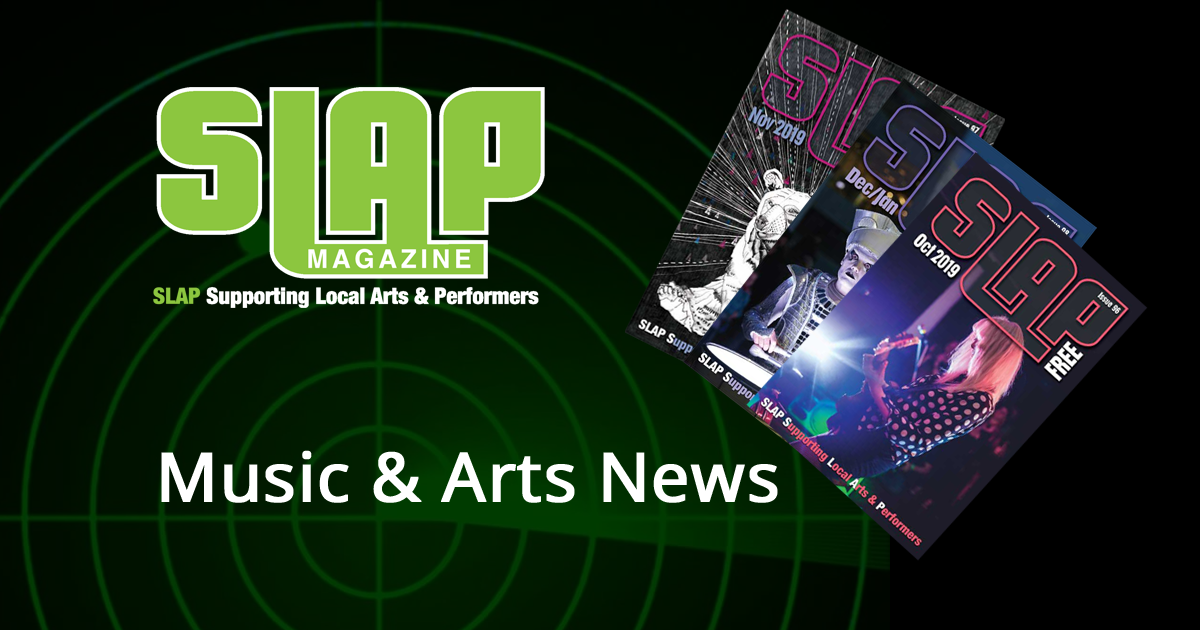 SLAP Mag was founded in 2011 as a printed magazine to support local artists and performers in Worcestershire. The reputation of the magazine grew very quickly, and expanded into the three traditional counties of Worcestershire, Herefordshire and Gloucestershire.

Editorial content of the magazine covers Music and the Arts including gig reviews, new release album / single / video release reviews plus a multitude of Arts news cover performances and visual arts. Finally, there’s always been a comprehensive gig listing section with on average 700 gigs listed every month, these listings have also been available on-line.

The printed magazine has always been freely available to pick-up in music venues, cafés, clubs, shops and the alike and available to read on-line. Recently in March 2020 the magazine released its 100th edition.

However, since the outbreak of Covid-19 the magazine has taken the decision to move all the news articles on-line, due to lack of distribution points. At the point of writing this (28th April 2020) we are unable to say when the next print edition will be available, or whether we’re going to move forward by keeping the magazine as a digital platform.

About the SLAP Mag team

Co founder and editor Mark, comes from a print and design background. Passionate about local music, his company The Whole Hog, is responsible for publishing and distribution.

Kate is a Freelance Producer/Curator and the Director of both ‘Clik Clik‘ – creating immersive live art experiences for events, and ‘The Cabinet of Lost Secrets‘ – a weird and wonderful live music and arts venue at Nozstock The Hidden Valley.

Ant as he’s more commonly known as has also in some way shape or form been involved since the first issue. Though we never printed his name for the first seven issues ha-ha. Ant become fully involved in 2014 taking charge of the website, social media and gig listings. He’s often found hiding behind a computer screen.

Ant has been involved with and currently chairs Worcester Music Festival for the last ten years.

About our contributors and sub editors

Over the years there have been many contributors and sub editors, from all areas of Arts and Music.

Our sub editors have included those who are after work experience during their studies. They have all successfully moved onto good careers in the music and Arts sectors. That makes us at SLAP Mag proud of what we do.

Our motto is still SLAP – Supporting Local Artists and Performers.