Here we go again, it’s Monday morning and we wake up to the storm that never was as we hurtle through the equinox into winter time.

Our front cover features two bands for the price of one! We have [Spunge] and HEY YOU GUYS! Who are touring the UK together this November (If only I could be a fly on the wall hint hint), including the Marrs Bar which I highly recommend unless you have something better to do on a Tuesday.

In this issue we highlight just some of the ‘names’ appearing locally such as our interview with political activist and comedian Mark Thomas who is appearing at Artrix, Huntingdon Hall and the Town Hall in Cheltenham all this month! We also have Hugh Cornwell appearing at Artrix as well as Lisbee Stainton who is gaining quite a fan base around these parts following her recent appearances at the Marrs Bar and at Malvern Rocks. So plenty to look forward to as the winter nights draw in and don’t forget to check out SLAP TV at slapmagtv.wordpress.com if you haven’t already done so.

Finally some bad news, Lou Reed died on Sunday from liver failure at the age of 71. A true legend if ever there was one and a hugely influential figure in both music and the arts. 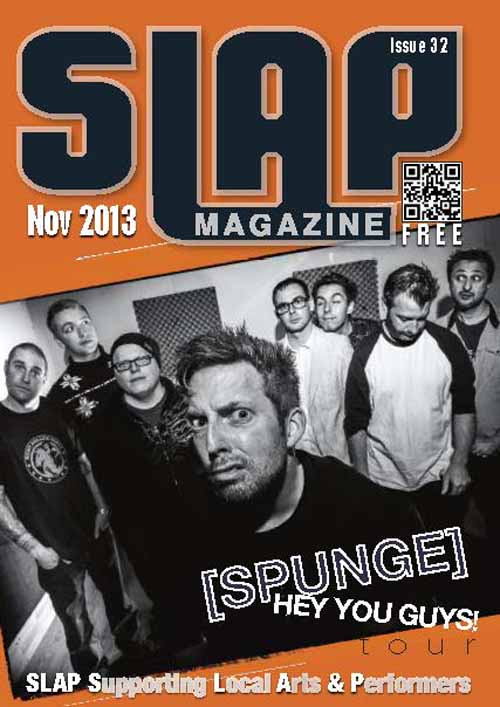