September came and went in a flash and what a month it was for the local music scene...

The Worcester Music Festival was a huge success and had the whole city buzzing with excitement. Early indications are that the chosen charity, Worcester Foodbank, will be very pleased with the donations collected. The grand total will be announced at the WMF Photography Competition awards and presentation, to be held at Annie’s on the 20th October. In this issue we take a look back over the weekend at just some of the spectacular performances.

We also look back over Frogfest with a photographic review by Geoffrey Head. It looked like an amazing event held at the Frog and Fiddle in Cheltenham. It’s so good to see in these times of division so many people coming together to celebrate such a diverse music scene and long may it continue.

Some potentially bad news has reached us regarding the Upton Jazz festival which, despite it’s long running success, is under threat due to rising costs. That would be a great shame after 34 highly successful years.

The arts is well featured in this issue as we take a look at the upcoming Kidderminster Arts Festival as well as Dancefest. There is a call for artists in arts news for the new Pitt Studios creative space and the highly regarded Mail Art at Droitwich Library. The Worcester City Art Gallery & Museum exhibition Living Ruins is now open which features artworks from the eighteenth century to the present day. For lovers of the spoken word there’s, Suz Winspear’s usual round-up. of events.

Have a great October, hope to see you at a venue somewhere... 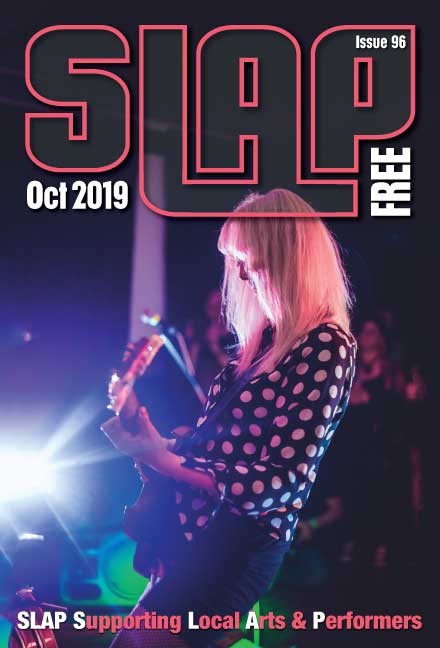