Well, here we are, one hundred not out! Who’d have thunk it?

When we published the first issue, we had no idea that almost a decade later we would still be going. Our first editorial started with... 'Thank you for picking up a copy of SLAP. Don’t worry, you haven’t stolen it, it’s FREE!' which still holds true to this day! The principle behind the idea of Supporting Local Arts & Performers has been and continues to be our ethos.

We owe so much to so many people who have supported us, written for us, distributed, advertised and generally kept us going over the years. Then of course there would be no artists or performers without venues, publicans, club owners, gallery directors and the many places that stock SLAP in and around the three counties. And of course you, the readers, we are grateful for your support which has kept us going when it would have been easier to give up. But we won’t be resting on our laurels, we want to continue, along with many other organisations, in our mission to assist the vibrant scene throughout the region.

To mark this milestone, we are holding a SLAP Mag - ‘Celebrating One Hundred Issues Party’, on the 7th March, at The Marrs Bar in Worcester. Put together in association with Uncover, we're excited to bring to you Arcadia Roots, Kick The Clown, The Connor Maher Quartet, White Noise Cinema and... ***Stop the Press!!*** Fights & Fires have also just confirmed! Andy O’Hare of BBC introducing will be the MC for the night and between acts we’ll be airing the Slap Spotify playlist of acts featured over the last couple of years. We are asking for just a £5 contribution on the door so come and party with us... 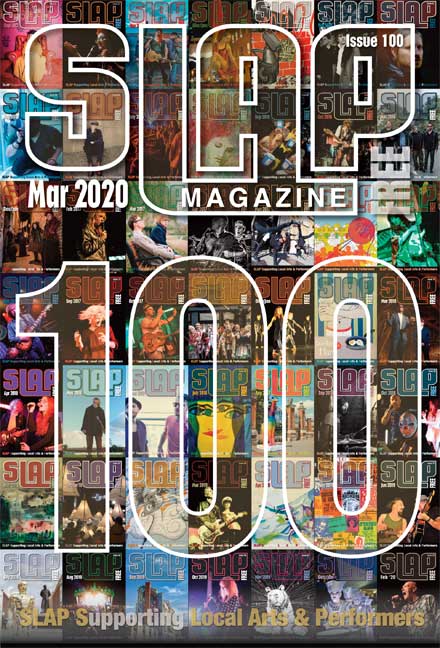