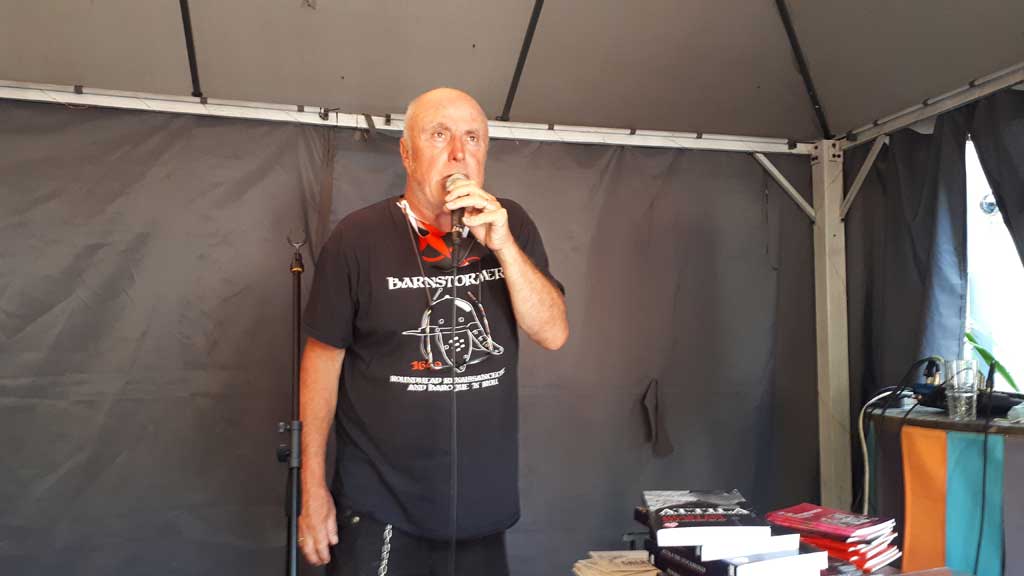 “Dear John,”
Sweltering in the heat…a full courtyard on a stunning summer’s day – enjoying a slow afternoon that could only be captured in poetry – as the perfunctory prose of the frantic everyday would simply not suffice. Those veterans of the spoken word delivery – Attila the Stockbroker and Spoz – enjoyed an affable and complicit audience who were won over even before the first utterance…even if the microphone was not primed.

The poet Ian Macmillan, who had earned a mention early on, talks of … “rubbing words together to create sparks” and this is exactly what Spoz proffers. He effortlessly ignites his set with observations from his childhood and his relationship with his Italian parents, celebrating: “Their courage, their strength and their resolve.” These characteristics forged from their oppression and how they overcame insidious treatment as they settled in their new home in GB. Even Spoz was forced to be called “John” as his Italian name, Giovanni Esposito, was too difficult to pronounce. Ahem. Spoz also aims his verbal fireworks at less deserving targets and his poem “Love Letter to Jeremy Clarkson” contains a salutary non-rhyme that stuck in the memory long after the appreciative chuckles had been defused.

John Baine, aka Attila the Stockbroker, arrived with an ammo box of poetry that he lobbed into the crowd to achieve a range of emotions. Our Stockbroker recited a poem relating to his father who had suffered throughout his life – with tears in his eyes – the poet delivering a poem so full of emotion and respect that you could have heard the pin from the next verbal-grenade drop. Baine, explained his personal manifesto by stating that he “celebrated all of human life in his poetry” and indeed he does. The love letter to his wife was an emotive fire-cracker; not even the enforced time together during the lock-down could dim the appreciative flame.

Of course, with these two left leaning Politicos, the fascinating battlefield of politics is never far from their sights. Undertaking with humour and an elucidating narrative Spoz takes us to football pitches in Palestine to prove his point with the aid of the Israeli Defence Force. Baine’s fascination with the civil war, both original and contemporary, allows for his now famous Mandola to make a guest appearance. Employing Martin Luther King’s words to create sparks, both poets know what it is like to “swelter in the heat of oppression” and they are not afraid to voice their opinions, concerns or add their support. Respect.

Respectful and honest, both poets articulated their poetic influences; the fact John Cooper Clark, the Bard of Salford, was mentioned more than once let you know we we’re in good company on the stage. Off the stage we knew we were in good company at Paradiddles Bar too, as the waiting staff, despite the sweltering conditions, undertook a superlative service throughout the performance.

Of course this is not a Dear John letter in truth, more of a homage to three “Johns” (sorry Giovanni) who have ensued the love of poetry lingers on, long after double English on a wet Tuesday afternoon in December.

yours sincerely
The Swilgate Scuttler 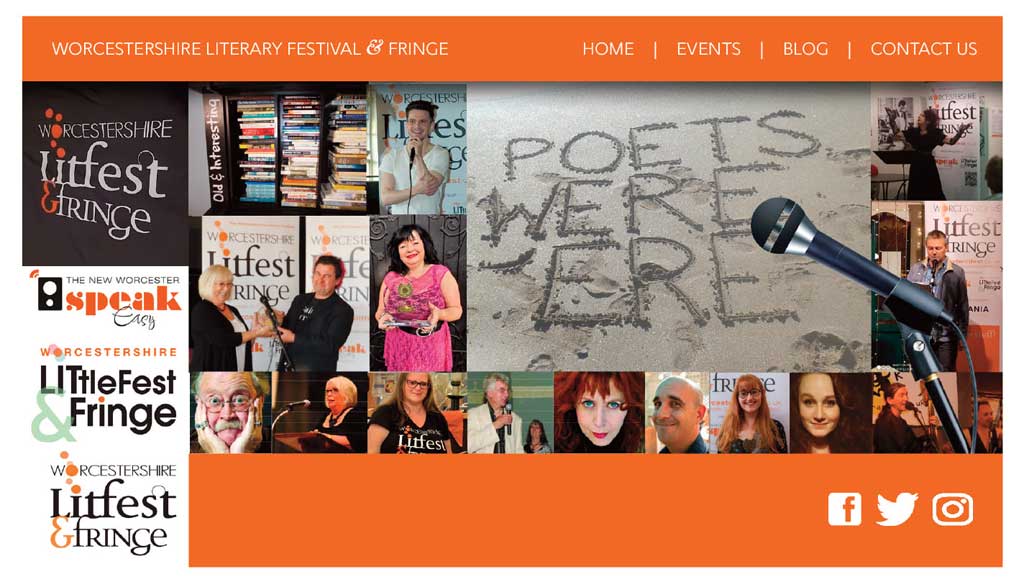