Welcome to the November issue of SLAP Magazine and another packed issue it is too. If you thought for one minute things might start to go quiet around these parts then think again!

We’ve spent some time burning the midnight oil to bring you all the latest goings on from the local arts community including our feature on long established local artist Chris Bourke, as well as amongst others, our very own Katie Foulkes and her debut photography exhibition.

With loads of Theatre news, CD and gig reviews, interviews and previews to the many exciting shows coming up in your area, there’s something within these pages for everyone.

I have to mention two sad losses to the music world which certainly took the shine off deadlining on another issue of SLAP this October. Former Cream bass player and solo artist Jack Bruce who was a big influence to many died from Liver Failure at the age of 71. And Alvin Stardust who lost his fight against Prostrate Cancer at the age of 72. Only last week Alvin was entertaining fans at the Regal Cinema in Evesham.

On a more positive note Wilko Johnson declared himself cured of pancreatic cancer at the Q Awards following surgery earlier this year. Only last year we saw him perform at Cornbury festival and a guest appearance at the Marrs Bar with Norman Wat-Roy. I think we could be seeing a fair bit more of him next year.

In the meantime, enjoy your Halloween shenanigans but please, no mention of the ‘C’ word, it’s far to early in the year for that nonsense! 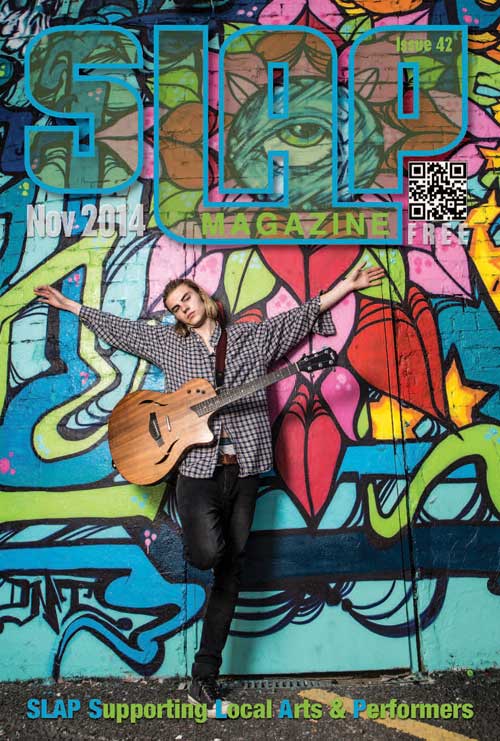