Last month ended on yet another sad musical note as Prince left this plane, if indeed he ever inhabited the same one as us mere mortals.

Certainly not everyone's cup of Darjeeling but few could deny his supranatural talents whether in writing, playing, performing or inspiring; he was often cited as one of the most underrated guitarists, probably only though because he was so good at almost everything else.

Tis a cliché but his like will certainly not be seen again: Sometimes It Snows In April indeed. On a brighter note April also saw a record-breaking (not literally hopefully) Record Store Day as local shops outdid themselves, despite some unfortunates queueing outside Rise in Worcester having to contend with snow flurries. The tills were red hot though so we are told and business was more than brisk with no sign of the record (not 'vinyl' please) boom slowing down any time soon. You can read and see much more about what was an absolutely storming day, in Duncan Graves' review and photo spread on page 23.

And so we march into May (or it may still be March for all I know) somewhat trepidatiously: "Ne'er cast a clout til May is out" goes the old farmers' saying; clout being yer coat not a wallop! But the grass is ever growing as the festival season begins in earnest with The Beltane Bash, Cheltenham Jazz, Beat it!, Mello, Out To Grass, Wychwood, Breaking Bands, Winchcombe, Lechade, Tenbury and Lunar all imminent. There's no lookin' back now til after Worcester Music Festival in mid September when we will doubtlessly collapse in a haze of hopefully happy remembrance with somewhat battlebattered bodies from a summer of over-indulgence and too much camping!

So get yer diaries sorted with all your dates - you're going to need it with the masses of happenings all over our 3 Counties and beyond. We at Slap will do our damnedest as always to keep you informed on the latest fest news. In the meantime have fun - we certainly will.

Love and Peace to all X
Exalt-ed 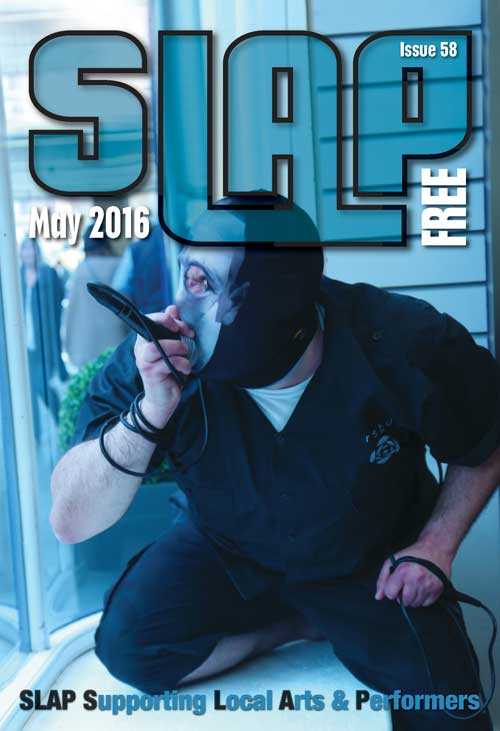