Happy September to one and all I trust you had a wonderful August...

We here at Slap have been having a blast this summer and August was no exception. In this issue we report back from the wonderful Lakefest, Livestock, Jinney Ring Blues & The Old Bush Blues festivals as well as bringing you just some of the news, reviews and previews from around our artistically rich region.

Also in this issue we very much look forward to the Worcester Music Festival weekend including our involvement with our SLAP night at the Marr’s Bar on the Saturday, as well as many other exciting events around the counties. In fact you only have to glance through the listings pages in this publication to see that the events covered within the editorial are just a very small part of what is on offer in our region these days. Indeed it feels to me that despite the enforced austerity measures, job insecurity and funding cuts, we here in the 3 Counties region are holding our own with co-operation and a DIY attitude. Curtis Fulcher, Head of communications at The Courtyard, Hereford for example, is running a series of half marathons to raise money following a withdrawal of funding from Hereforshire Council (see page 33).

The recent 'Wish You Were Here' report into the live music industry reveals that despite an estimated 40% of London venues closing over the last ten years - plus many others round the country - the 'toilet circuit of dive bars and clubs' (who came up with that phrase?) has become an unlikely tourist attraction with some 5.6 million people attending small venues - and 27.7 million going to a live music event, with 17 million of these going to a local bash! The report says that the government recognises that 'while music is one of the UK's strongest hands it doesn't produce policy to strengthen that hand' - yeah spot on!!

So it seems that the more the arts are attacked financially and discouraged educationally, the stronger its resolve. Most charities are supported in part by fundraising festivals, where organisers and performers give up their time for free, such as Musicians For Homelessness (see adverts on pages 19 & 44). In essence and somewhat superfuously, the government continues to cut arts funding and then sit back while we on the front line raise all the cash... Ooh the irony! 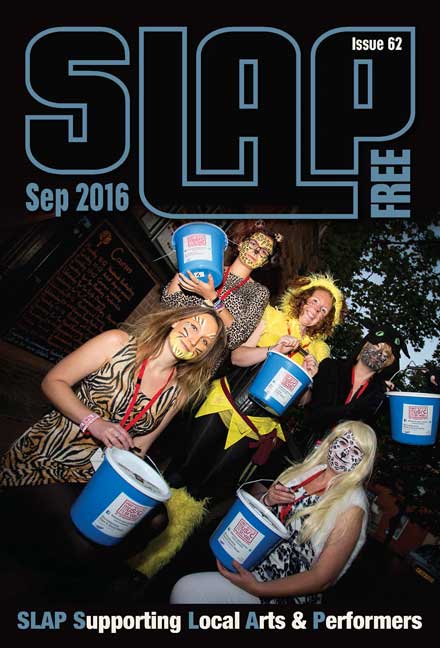