Well February shot by in the blink of an eye and here we are again! Welcome to the March edition of Slap. I was hoping to say ‘Spring is in the air’ but I’ve just seen the weather forecast and it’s far from Spring-like.

It really feels like it’s been a long winter of discontent with news of more venue closures almost weekly. The latest to go at the end of February was the Pig and Drum in Worcester which has been prominent on the local music seen for a few years now. Thanks to the efforts of landlady Rachel Cale bands from out of town loved playing there. We don’t yet know the long term fate of the Boar’s Head in Kidderminster since Sid & Sandra announced they’re moving on in the summer, But I don’t think it’ll be the last to go. With business rates rises due very soon and so many people feeling the pinch, these places are really suffering. There are rumours of other venues around the counties who may also be shutting their doors soon. And It’s not just the music scene that suffers either, many of these spaces are now multi functional art spaces as well as platforms for comedy, spoken word and poetry.

On a more positive note, The Paul Pry re-opened its doors under new the ownership of brewer Alex Pope and family. which has the potential of being a great little venue. We at Slap wish them all the best for a long and prosperous future.

On another positive note, Slap were proud to sponsor the second of the UnCover promotion nights on Thursday. A big thank you to Five Days North, Ivory Wave, Nth Cave & Ben Dallow for treating us to a top night of Indie tunes in Worcester. We are looking forward to a more electronic theme at the next one on the 30th March with April Towers from Nottingham and more to be confirmed. Please support this along with all local events...

Whilst we’re looking to the future, we bring you all the latest news and line-up announcements of some of the many local festivals, so we can all start to plan and look forward to an exciting summer ahead...
e-Ed 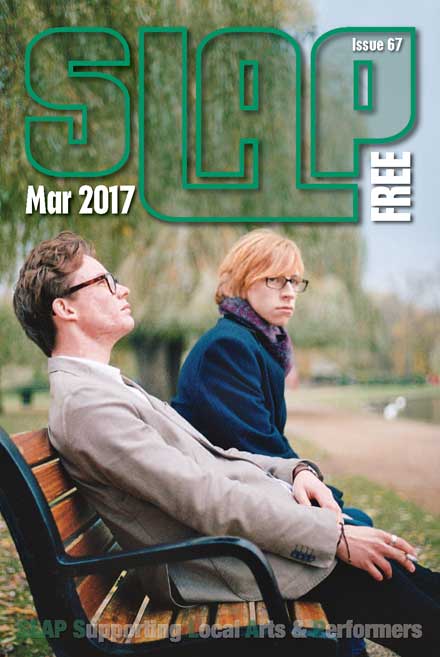