From the Jam + Nine Below Zero Live Review 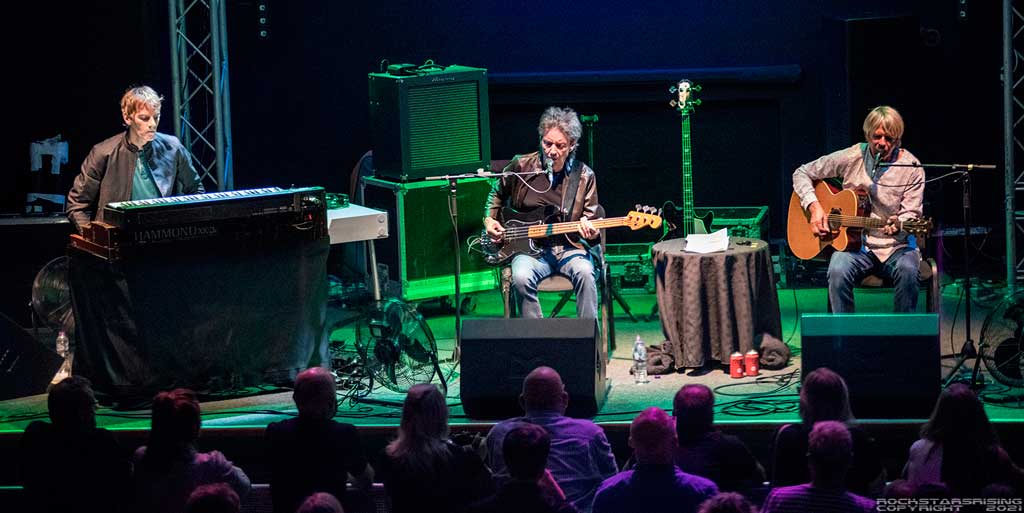 From the Jam Live at Gloucester Guildhall

Coming from a small provincial town, a trip to Gloucester City in late 70’s Britain provoked certain feelings and, yes, fears; we were teenagers in the late 70s and we were experiencing life for the first time. Back then our eyes shone, with expectation, much like our regulation and highly polished DMs. For our Scooter club the nascent emotions and the simple joy of life was lyrically explored by Woking’s finest social commentators. And like Paul Weller’s father we just thought they were “the best fucking band in the world”: the Jam.

From the Jam are the curators of their namesakes back-catalogue – with Bruce Foxton’s inclusion, this is allowed – and what a litany of songs to display to the faithful and newly converted. Ostensibly, two aging men sat on chairs playing to a wary post pandemic audience should not create such an atmosphere or response, surely?

Of course the “chart toppers” and the pub carpark anthems were embraced by all. Town called Malice provoked fist pumps and a bellowing sing-a-long chorus.  Going Underground was accompanied by a room full of people who still fervently believed in a band from an era where the average pint of beer cost 40p! I must confess I have never witnessed an acoustic band inspire such an energetic crowd response. However, with Russel Hastings on guitar and vocals, proceedings are always going to elicit a favourable response. He even managed to ad-lib seamlessly when the band realised they had the wrong set lists. Perhaps, too, the audience had come to celebrate a band from their youth- No. Matter. What!

Asking for requests the band was required to respond to a collective who knew every B-side, every arcane track and every obscure three minutes of a band who meant so much to them. Moreover, FTJ were more than capable of performing the suggestions with the zeal of an obsessive. Weller wrote Liza Radley as his homage to ‘Eleanor Rigby’ – a determined stalwart shouted longer and louder than any other request – and Foxton and Hastings duly delivered a version that ensured I sought the track out on my return home.

Thesupportact Nine Below Zero are at home on the stage and they should be, having entertained crowds since before and after the Jam’s demise. Dapper in a white suit, you need kudos to carry off this look, and Dennis Greaves the driving guitar and front man has earned his kudos.  Nine Below Zero in the guise of Greaves and Mark Feltham (harmonica) playedasetheavilyinfluenced by the R&B that had inspired them all those years ago: offering up a Howling Wolf standard as a benchmark. Once again we were appreciating the past.

Everyone in the room appreciated that the hairlines are now receding, paunches are progressing and the DMs don’t shine as we remember. However, the devotion to the Jam, their legacy and their lyrics still burns and as long as this continues From the Jam will continue to hold the torch aloft.

The lyrics to Down in The Tube Stations were still running around my head as we made our way back to the car after the gig. At the crossroads in town, a clan of inebriated men sauntered by, in a dangerous slipstream of aftershave and armed with unblinking stares. One individual stepped out and shouted with purpose: “Oi mate, mate, have you had a good night?” The all too familiar nausea returned to the pit of my stomach from 1979. Regardless, I offered up my honest appraisal: “Yes, a very good night!” Our newly found colleague surrendered the homily: “Nice one mate, that’s what it’s all about!”  And From the Jam are very aware of this and offered up a gift of a night 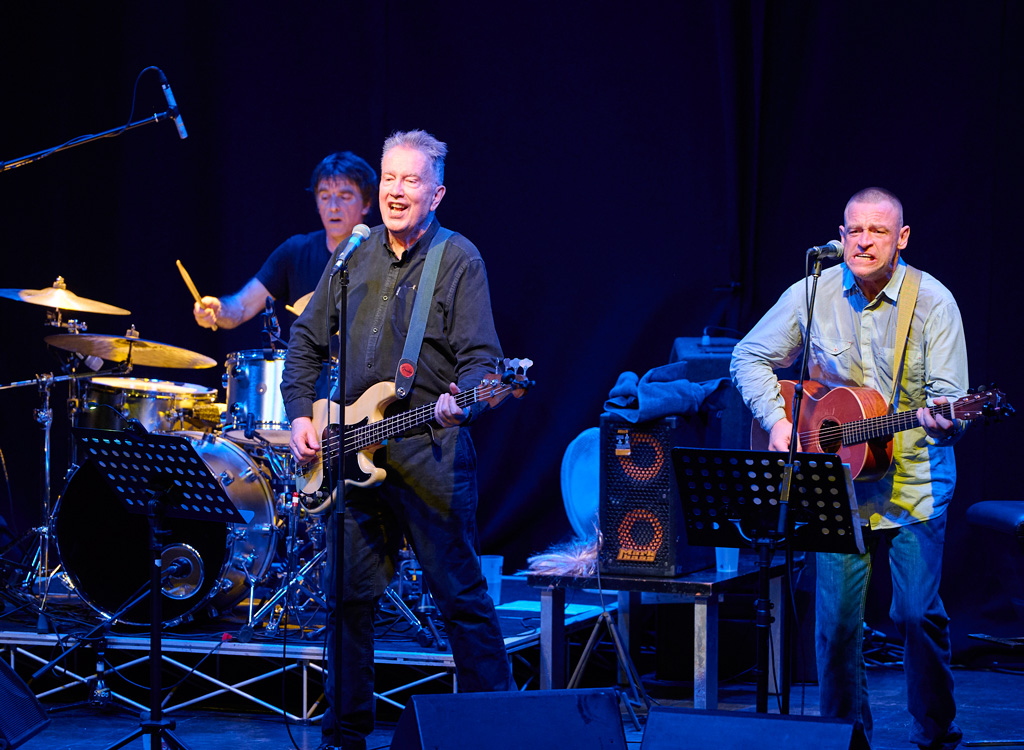