Issue 8 of Slap has landed and it’s another colourful one this month. The opposite has to be said of the British August weather! But we still braved it and enjoyed malarkey and mayhem at festivals throughout our County.

We are looking forward to an action-packed September with so much to look forward to including Pyramid Party@GodZilaZ, our Slap night at The Arts Workshop and Snodfest. We will be featuring more art in the next few issues as we open up new avenues as well as the opening of ‘Room 13’ see more information on facebook.

We look back briefly at the hugely successful Worcester Music Festival with many thanks for the reviews and photographs we have received so far (some arriving too late as we are going to press) but we will be featuring more in the October edition.

We look back with fond memories of Nozstock, albeit rather vague, but not as vague as the big chill! And with the festival season drawing to a close we aim to recuperate and drink more Slap Ale as its now there on tap! 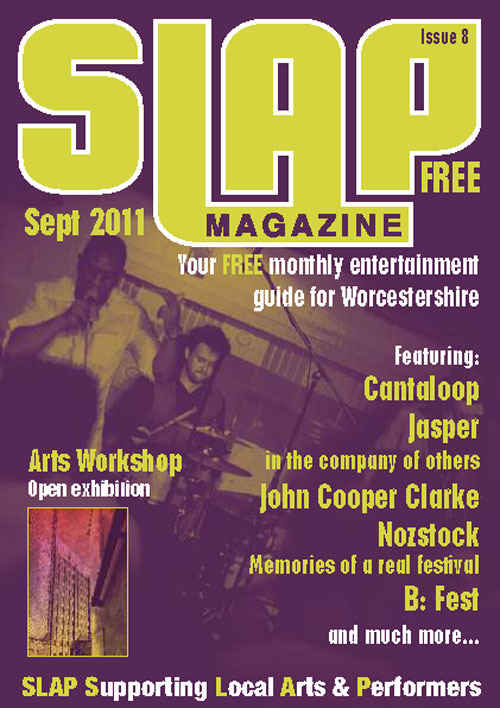